It is with great sadness that I have to report the death of W.Bro. Donald Carter PPJGW. Donald who died on March 10th 2011 will be greatly missed by all who knew him. Pendle Lodge was always very dear to his heart, his having been initiated into the Lodge on April 4th 1958.He was lodge secretary from 1977 to 1980 and in November 1982 he was installed as Worshipful Master of Pendle Lodge – younger brethren will be surprised that it took Donald 24 years to reach the chair and amazingly during his year of office he carried out 2 initiations, 4 passings and 2 raisings. In November 1984 Donald took over the role of Director of Ceremonies from W.Bro. Edgar Morphet and held this position for 12 years. In 1987 he received the rank of PPSGD in Provincial Grand Lodge and in 1994 was promoted to PPJGW. 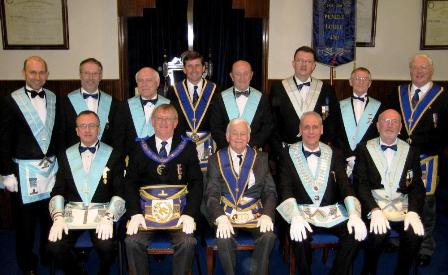 Throughout his Masonic career Donald was a guiding light to many young masons, myself included, giving them the benefit of his extensive Masonic experiences and knowledge in fact he became our first official lodge mentor. At the April 2008 lodge the brethren along with Donald celebrated his 50 years in masonry.

Outside of Pendle Lodge Donald also occupied the chair of Pendleside Lodge of Installed Masters and for a short while was a companion in Nelson Chapter. He was for many years up to his death the chairman of Nelson and Colne Masonic Fellowship. 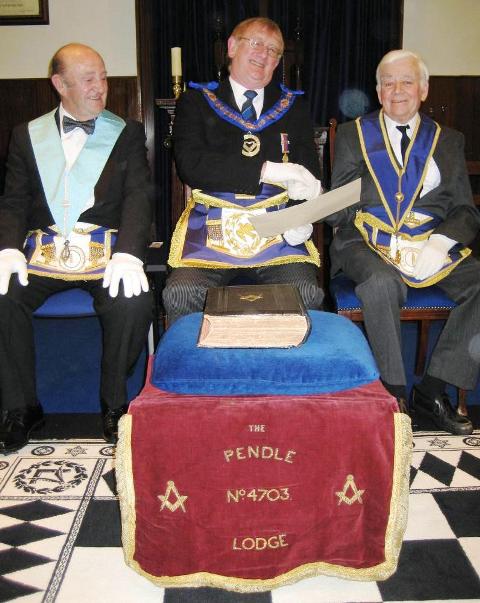 In the latter years Donald due to failing health was unable to attend the lodge on a regular basis but because of his past service and the great love and respect the Brethren held for him he was made an honorary member of the lodge in 2009.

He will be sorely missed by us all and our heartfelt sympathies are extended to his wife Doreen and his son and daughter.

His funeral will be held on Saturday at Burnley crematorium at 10-40am and there will be a short service of remembrance before the funeral for members of Pendle Lodge in the Masonic Hall at 9-15am on the same day.

Yours sincerely and fraternally