Installations are always the time for big changes within a lodge, and Pendle Lodges Installation was no different. There was one change though that was not expected. W.Bro Ken Smith, who for many years has been Installing Junior Warden and also sang the Masters song was not present. He unfortunately was ill and unable to attend. He was sorely missed, but Brian Ingham, our musical director and choir master filled his place with great aplomb.

The ceremony went well, as it usually does at Pendle Lodge with several practices paying off in the long run. W.Bro Martin Roche, our APGM was in attendance so a good performance was certainly called for on the day, and the officers and Installing master didn’t disappoint. 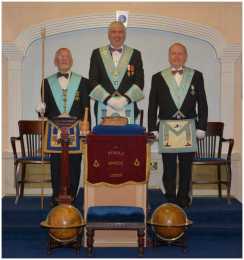 Bro Mark Barlow SW and master elect was suitable installed in the chair of Kind Solomon, and with a big smile on his face to boot. He has worked very hard to get into the chair and delivered some exemplary ritual in all of his offices over the past several years. I’m sure we can expect nothing but the same from him now he is our Worshipful Master.

The other change in office was that of W.Bro. Roy Langree to Director of Ceremonies, it’s the only role he hadn’t performed during his Masonic Career and one which he always said he would love take up, but probably the largest step taken was that by Bro Ian Duxbury who took office on the floor for the first time as Inner Guard. This first office is always the biggest step you ever take from that of Master Mason to a Lodge officer. I know Ian was looking forward to his new position very much. He was also reminded of the journey he has now undertaken to that of W.M. I’m sure we have nothing to worry about.

The Festival of St John was a happy affair with the new DC having to keep the 40+ merry masons under his control. Toast and speeches were delivered and responded too in the usual manner. The APGM Martin Roche, gave a very clever response and reminded us all to stop being grumpy old Freemasons but to get on with it and enjoy what we do, he went on the explain some of the great achievements made by masonic charities and the huge differences that we as individual masons make with our charitable giving.

Our newly appointed J.W. Glyn Lund got the traditional baptism of fire on the J.W. table, with his gavel, wine, and notes all going missing in the first five minuets. However he was eventually reunited with everything prior to any proceedings and no harm was done.

The past Junior Warden Bro. Keith Bateman invested the newly appointed J.W. Glyn Lund with his badge of office as ostensible steward of the lodge. This is a collar with a large bottle opener suspended from it. It goes back to the Jack Starkie days in 1972 when he was J.W. and used the opener to refresh visiting brethren. It is now traditional to pass on the bottle opener on days of Installation as a reminder to Jack Starkie and all previous J.W. of Pendle Lodge

The evening ended in very good spirits and at a reasonable time. 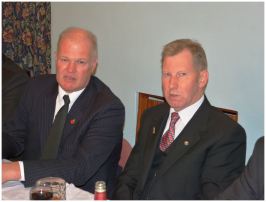 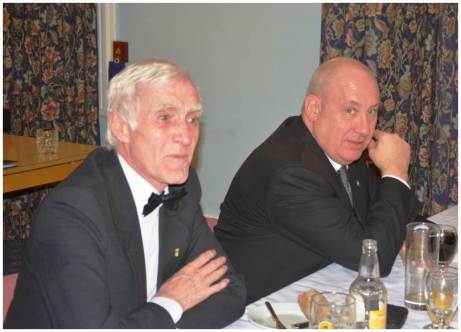 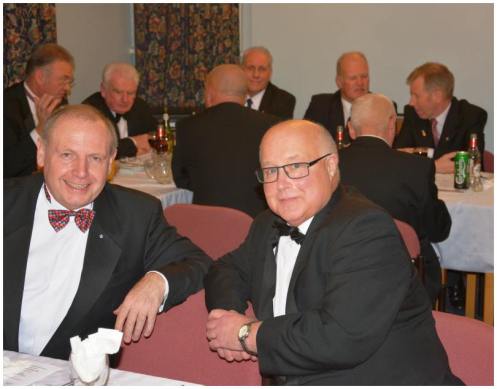 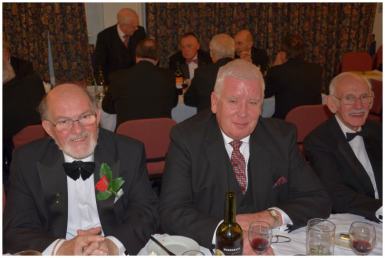 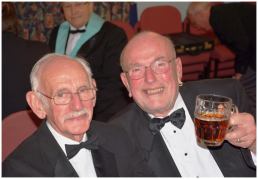 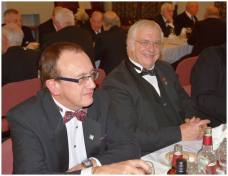 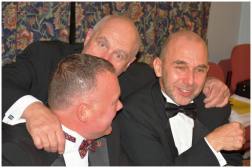 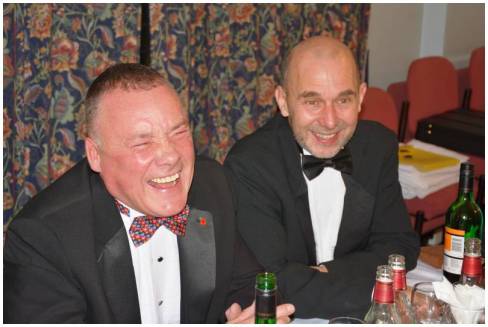 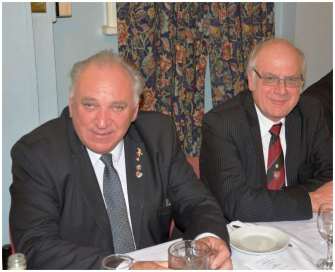 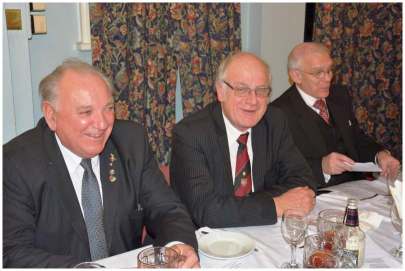 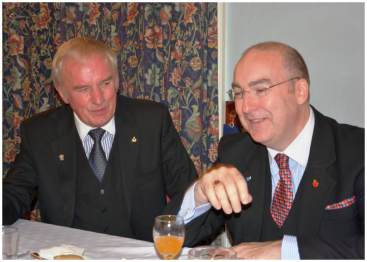 3 thoughts on “Great night at Installation”