Pendleside Lodge of Installed Masters 911 had their January meeting at Padiham Masonic Hall. The venue is a popular one with a well-stocked bar and even a choice of two draught beers. It had been a while since I had attended a meeting at Padiham, but none the less by the time I had entered the bar area I had been greeted several times by brethren I knew well and a pint of beer was placed in my hand before even getting to the bar. How’s that for hospitality.

The business of the evening was to receive the recommendation from the Grand Officers for the new WM for the ensuing year. It’s a long-standing tradition that the Grand Officers of Pendleside Lodge, of which there are several, make a recommendation to the brethren as to who they feel would make a suitable Worshipful Master and lead the prestigious lodge for the coming year. The honour went to W.Bro Graham Smith who is the current Senior Warden. A token ballot was taken and it was passed accordingly. The remaining lodge officers are then chosen by the WM. 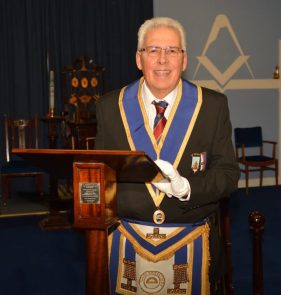 The balance of the business was swiftly despatched and the main event was announced. W.Bro Eddie Forkgen presented one of his many papers on various aspects of Freemasonry. His original choice was deemed to be unsuitable so his third choice was  “The Horwich Lodge Annual Picnic of 1890”

The title certainly caught the interest of the brethren and the content was shall we say very varied, ranging from the Railways, to Stately Homes and High Ranking Officers, oh and there was even a Horwich Lodge picnic in there too. It was very well received and a pleasant change from the full-fat masonic lectures that are sometimes the norm. Many thanks to Ed were expressed by the brethren.

The social board, was, as is the norm at Padiham, a man-sized affair, featuring three goodly courses followed by Tea and Coffee. There was no excuse to go home hungry.

One thought on “The Horwich Lodge Annual Picnic of 1890”